okay i think it is completely official that we belong in silicon valley.
but let’s not get ahead of ourselves on why just yet. let’s talk about what a lovely november  weekend we had.

saturday morning i woke up with a craving for waffles and pancakes and french toast oh my.
finally settled on french toast since i had a honey wheat baguette to use. but to make it just a little fancier (and more fattening) , we decided to replace milk for heavy whipping cream and add a couple of tablespoons of honey to the batter. it was heavenly. the baguette style bread + heavy whipping cream is the wow factor. do you guys have any secrets to spicing up french toast?

oh and don’t be fooled, those lovely blooms were not arranged by me (i wish). i actually coordinated an event at work and we had left over centerpieces so i took a couple home to freshen up my dinning room. i would strongly suggest karen of huckleberry designs for all your flower needs in the bay area. she was a doll and so artistic. she also worked really well within my budget.
she inspired me to perhaps take a flower design class. it is so amazing what great florists can throw together with a drop of a hat and i would love to learn at least a couple tricks of the trade.

okay, so you obviously are thinking how on earth are they silicon vallians? most people around the world adore flowers and eat french toast. but that is not why.

after breakfast, we headed to the chevy dealer to test drive the spark. we have been researching electric cars for a couple weeks because of the great leasing deals you can get and my commute to work is really wearing on me (i am talking 15 miles = 1 hour and that is ridiculous.)
we test drove the leaf last week and enjoyed it a lot more than we ever thought we would. in order to make a sound decision, we had to look at the competitors and so we happened upon the chevy dealership this sunny saturday morning.
you guys this sounds a bit crazy because we have two functioning cars and b swore he would never lease a car in his life but we fell in love and are now proud owners of a 2015 chevy spark.
and seriously proud.
it is like a clown car in size and adorably funny looking (similar to a pug puppy in my mind) but it is quick and fully electric! i will have to go into more detail of the benefits of an electric car in another post but after weeks of debating we are completely happy with our decision (and carpool lane here i come). 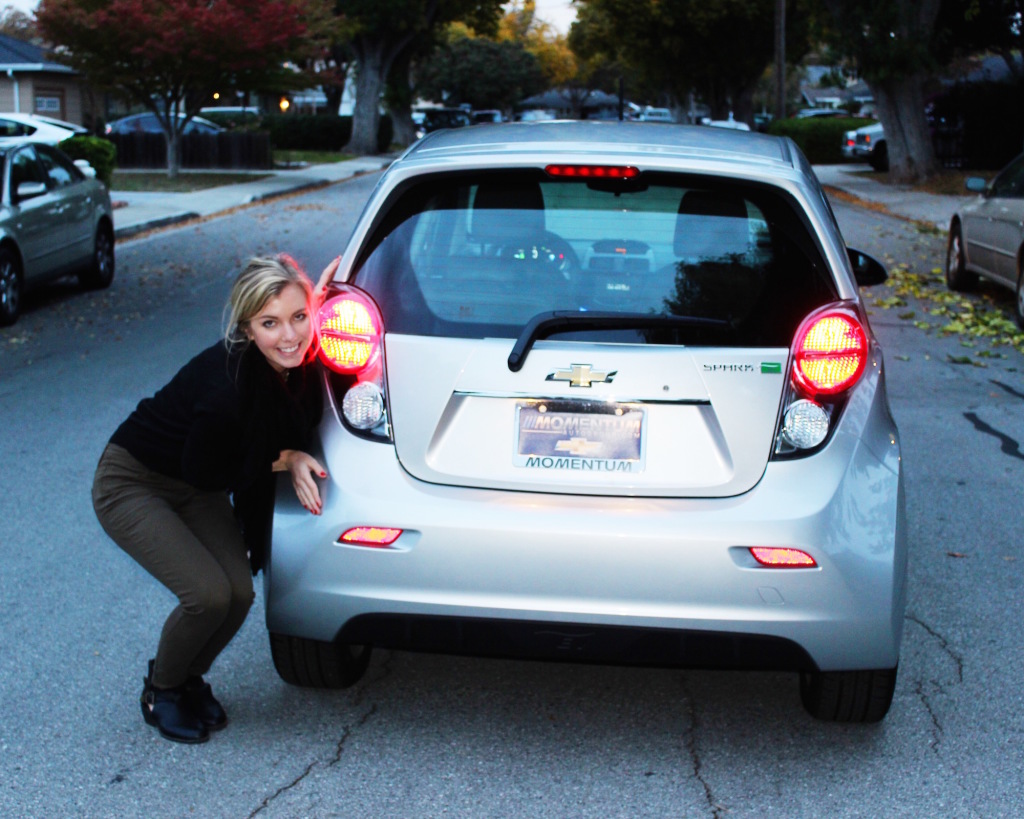 and if you aren’t from silicon valley than the reason this is so huge is i would say about 40% of silicon valley residents drive gas efficient (volts, prius, fiat, smart car) or electric cars. going green is pushed pretty heavy in california.
and we are now a walking stereotype of silicon valley.

and there is no better way to celebrate our new purchase than with in-n-out and pedicures. 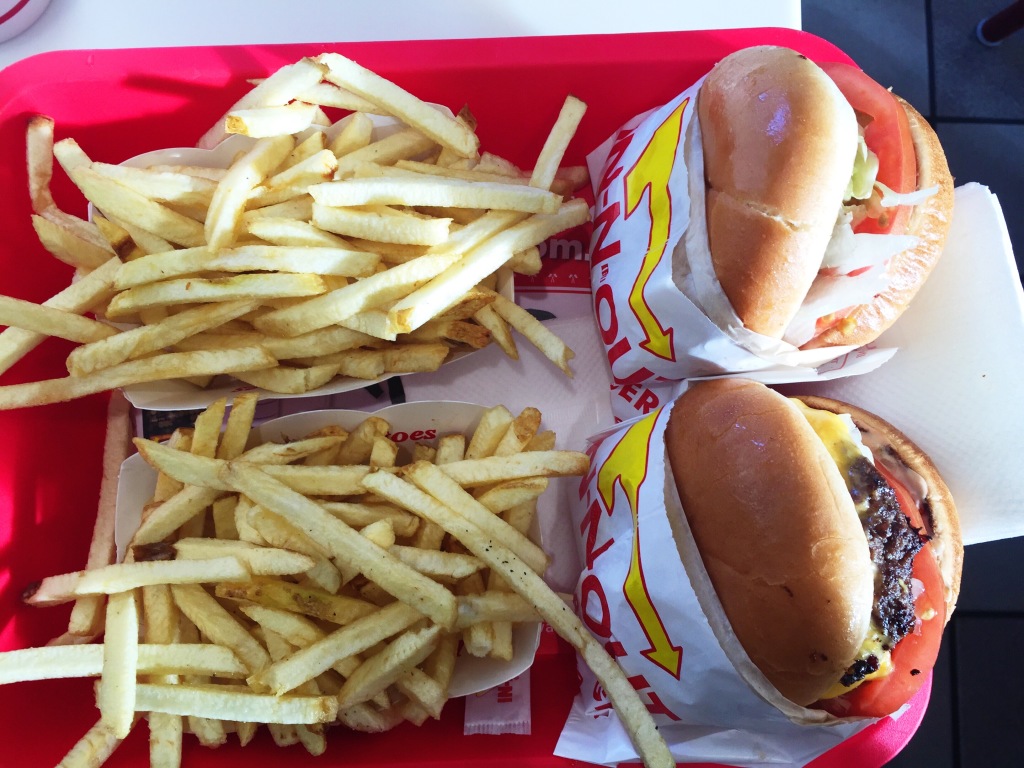