i have been walking by the stanford theatre for close to a year now and always stopped to notice how cute and classy it is but had never stepped inside for a show. last weekend, we decided to change that. 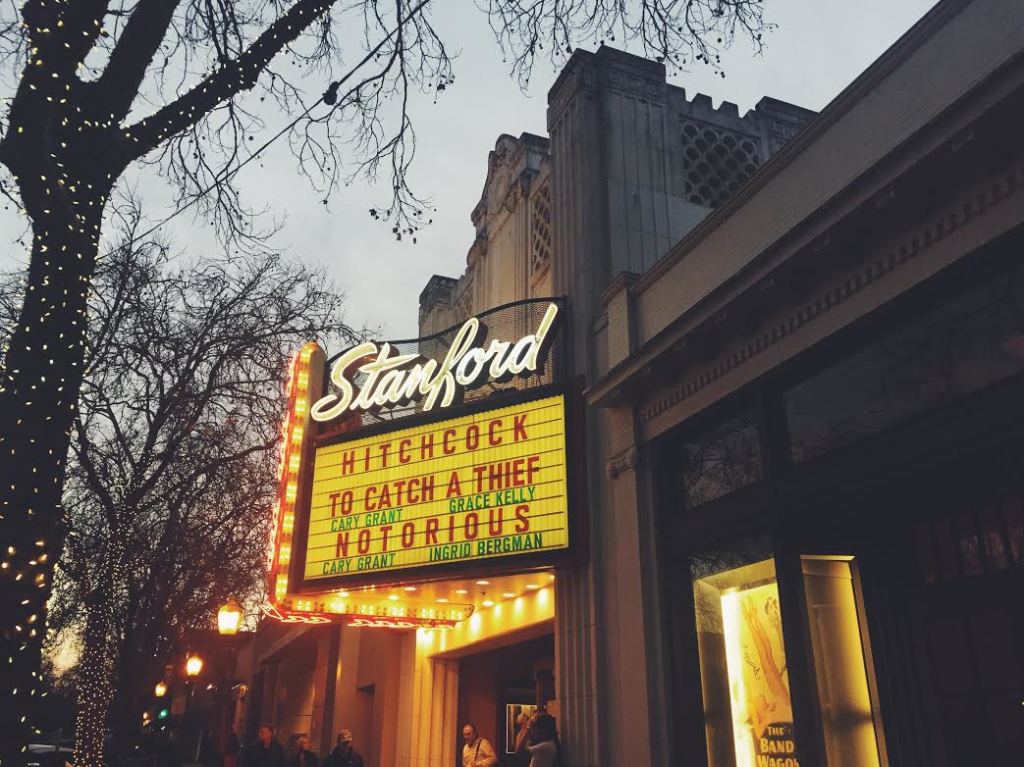 the stanford theatre (located in downtown palo alto) is a historic theatre  that plays classic movies every thursday through sunday. when you step inside, you almost feel like you are in a time warp. there are old movie posters displayed around the walls, you can hear the faint sounds of the organist playing prior to the show and the prices for popcorn and soda are far cheaper than any new release cinema (we are talking $5 for popcorn and two sodas). it is a trip in the best possible way. i mean have you ever seen such a lovely theatre? i sure haven’t. 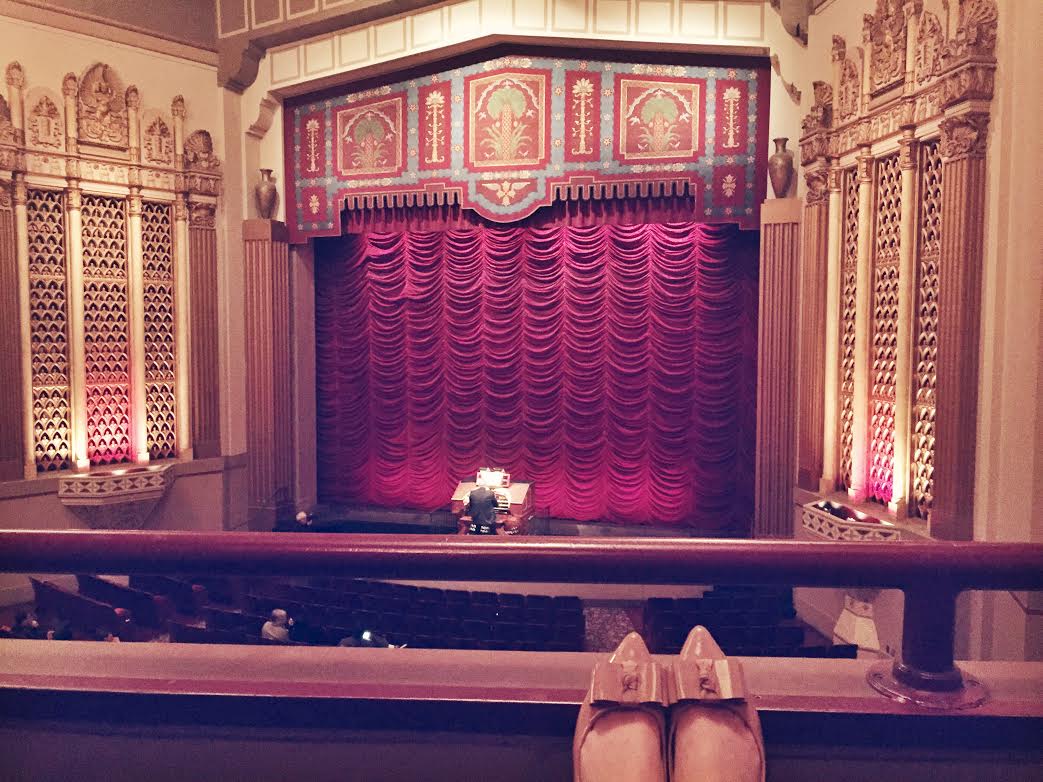 there is seating available in the balcony as well as on the main floor. we chose the balcony because it didn’t seem like the seats below were stadium seating so you may be looking in between peoples’ heads to get a good glimpse of the show. tickets go on sale only twenty minutes before the show starts and i suggest getting there right at that time because the seats fill up quickly and you must leave time to listen to the amazing organist. apparently, an organist would play prior to the show in the olden days. i wish they had kept this tradition alive at all cinemas!

b was worried that the picture quality would be poor since these were older films but to our surprise it was pretty darn good. we loved watching cary grant and grace kelly on the big screen. i love that era of movies. b and i both felt like acting was different back then and we liked the humor better than what is now in movies. we will be sure to return again soon because we enjoyed the stanford theatre more than a new release cinema. not to mention that tickets were only $7/person!

oh and one more thing, stanford theathre accepts cash only so come prepared.

what are your favorite old movies?
one of mine is charade with audrey hepburn so i hope they show that in the stanford theatre soon!