you know those weekends you never want to see end?
okay, let’s be honest that is probably every weekend
but this weekend was even harder to see come to a close.
it was b’s birthday weekend.

april 26 will forever be my favorite day of the year because i get to celebrate my love.
i get giddy just thinking about how much i love b and how grateful i am he was born.
so in order to do his big day justice, we of course had to celebrate all weekend long.

friday evening we checked out a local mexican restaurant – tia juana. neither of us was floored by tia juana but it had fairly good mexican food and free chips and salsa. i have had my eye on this place for a while so at least i can now check it off my food bucket list!
we then spent the night in watching survivor. any one else a survivor fan? b and i usually get really into it but this season i am so disgusted with a lot of the contestants. frankly i am not rooting for anyone (was rooting for joe but now he is off).

saturday morning i snuck out of bed to get b his favorite breakfast – sausage mcmuffin, hashbrown and chocolate chocolate donuts.
confession. i ate three donuts for breakfast that morning. maple leaf’s donuts are too good to pass up.
side note… i have been on this diet where i cut out carbs, dairy and processed sugar throughout the week and then eat whatever i want on the weekends. i just felt like all i was eating at work was dairy and carbs and this seemed like a great way to get back on track.
all i could think of when i saw these heavenly donuts was “it’s the freakin weekend. baby i am about to have me some carbs.”
r. kelly anyone? HA 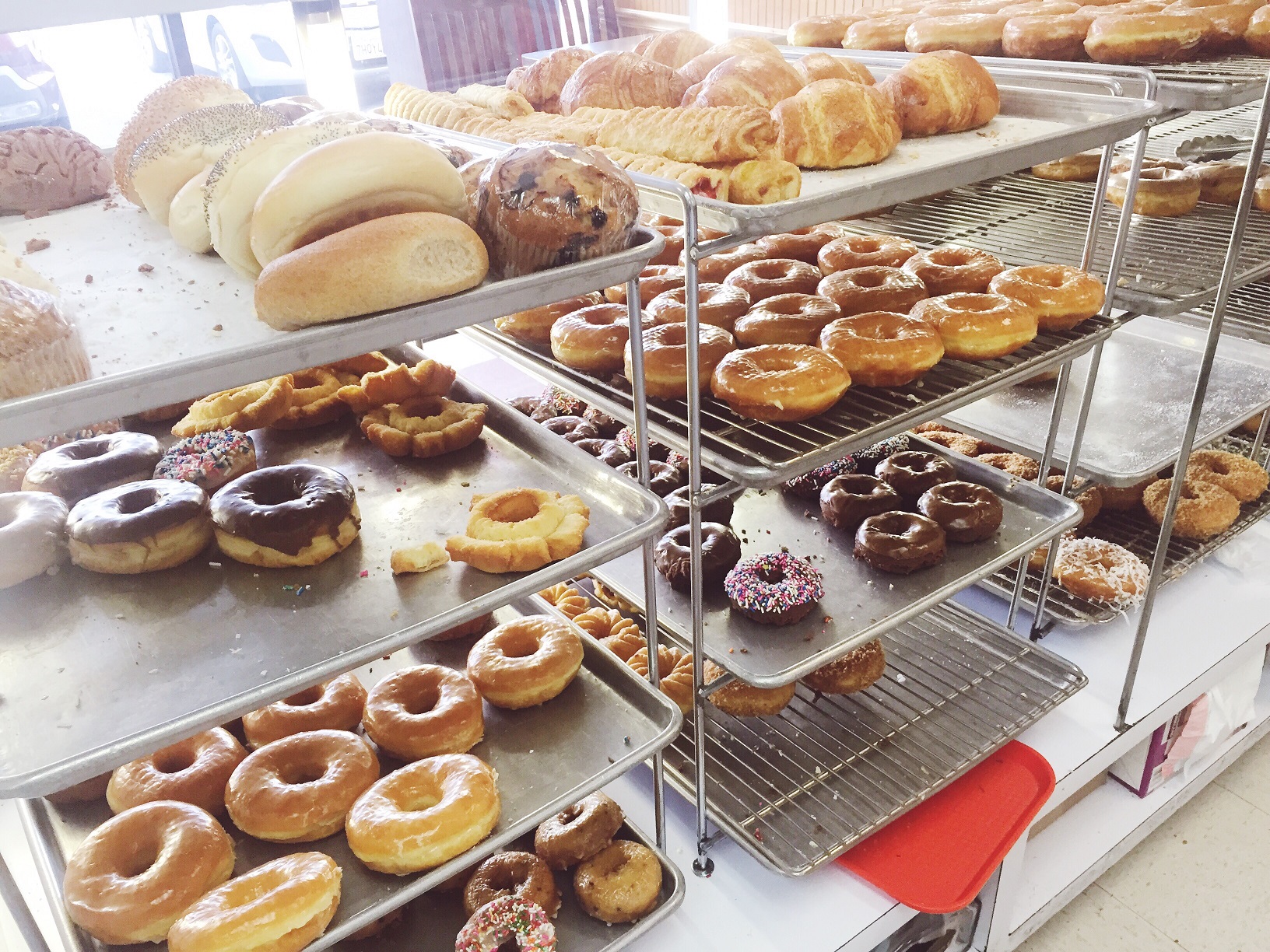 following our lazy morning with breakfast in bed, i headed to the city since it was one of my dear friend’s birthday as well. we ended up celebrating with lunch at rotunda. rotunda is stunning and the ambiance is so classy. i would love to return for tea time! 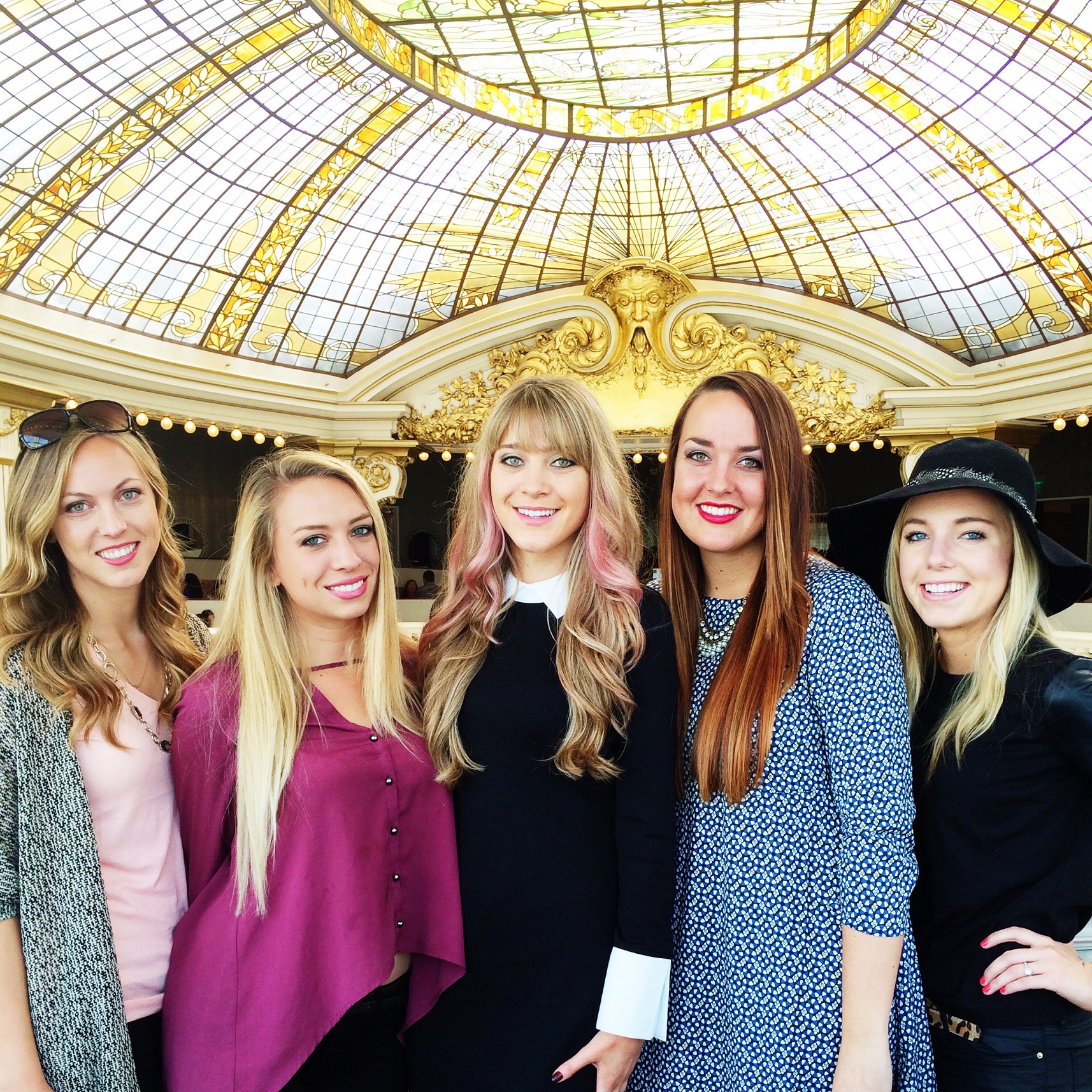 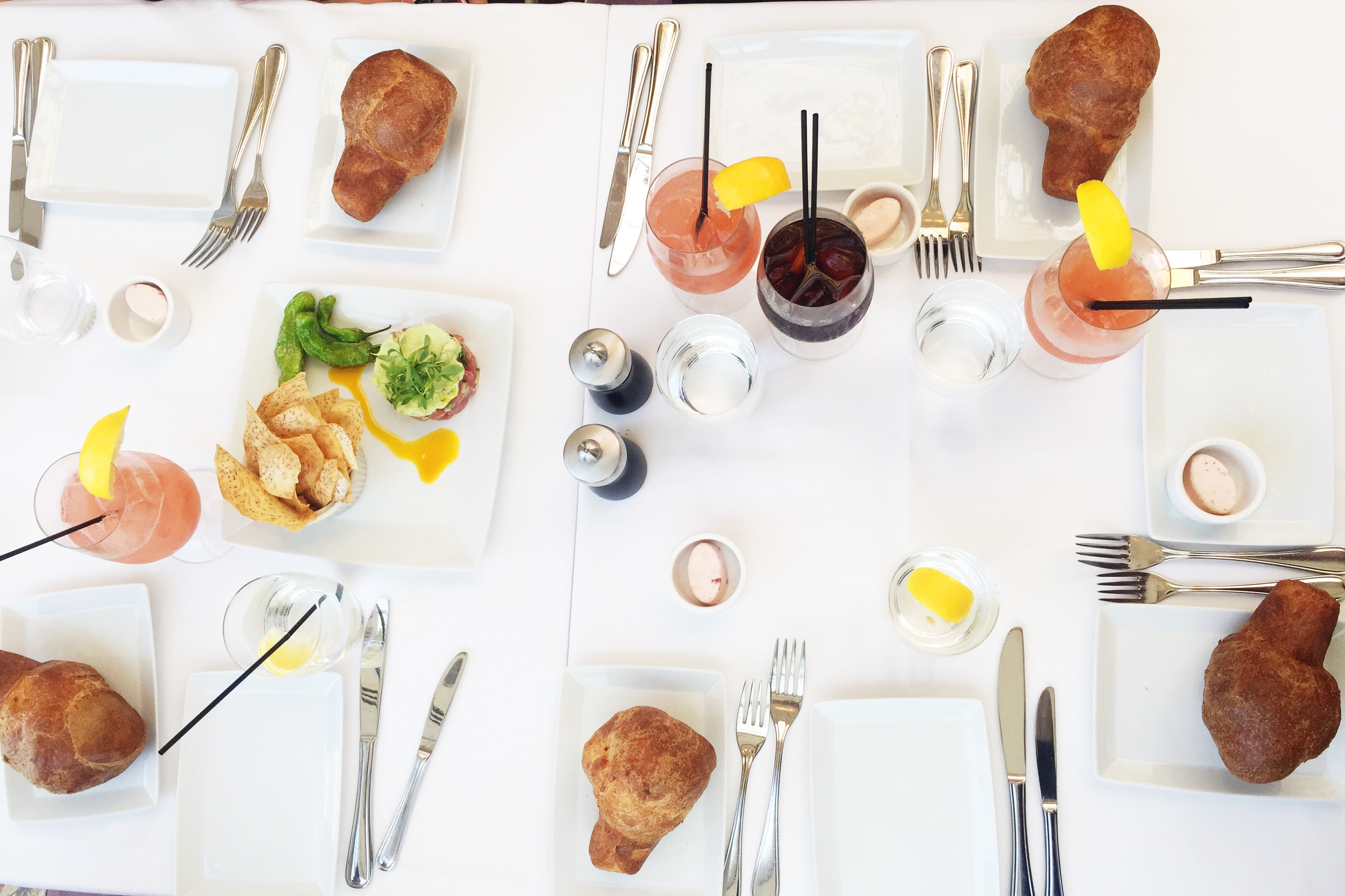 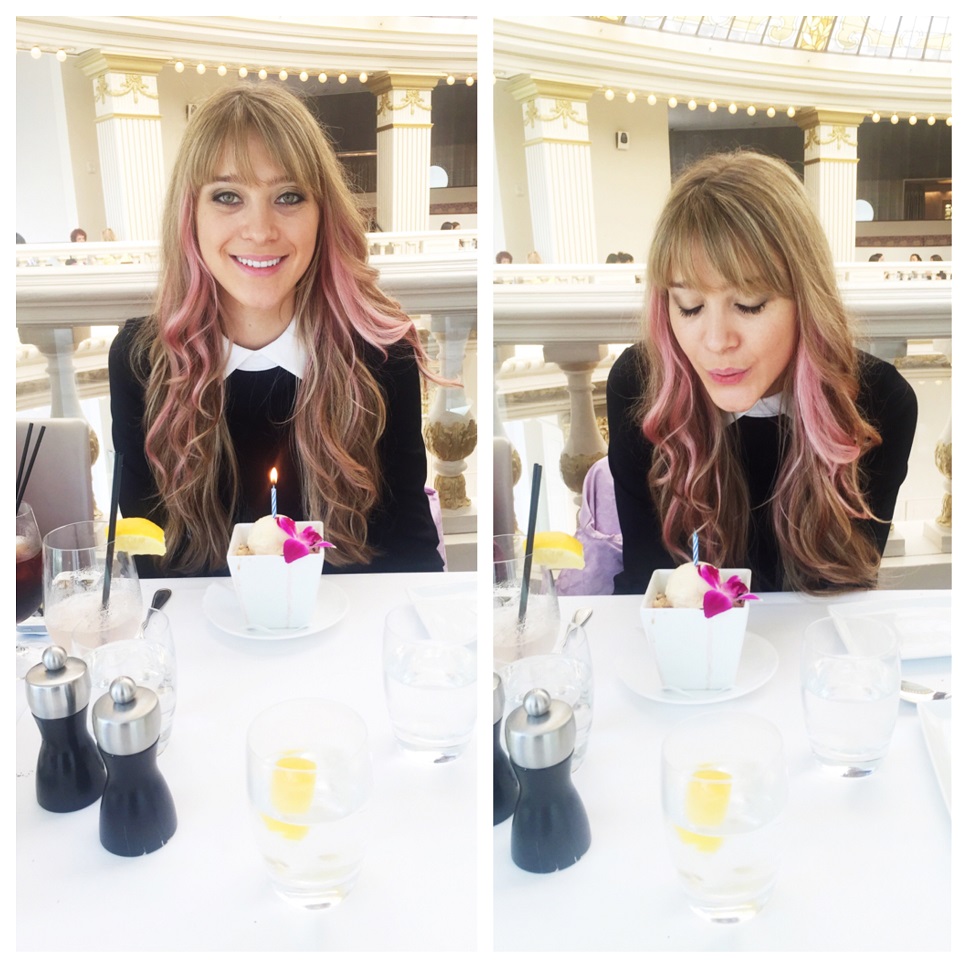 and i don’t think b missed me too much while i was gone considering he treated himself to a massage.

b’s celebration continued with dinner at los altos grill.
this place was happening! i strongly recommend making reservations as there were many people waiting and hovering over the bar seats. we had a reservation and still waited about 10 minutes! it is a lovely bbq esque style restaurant with juicy rotisserie chickens, delectable bbq salmon, potato salad inspired deviled eggs and sweet banana creme pie.
the only thing that turned me off was they charged us for a dessert even though we mentioned it was b’s birthday. not a huge deal though. 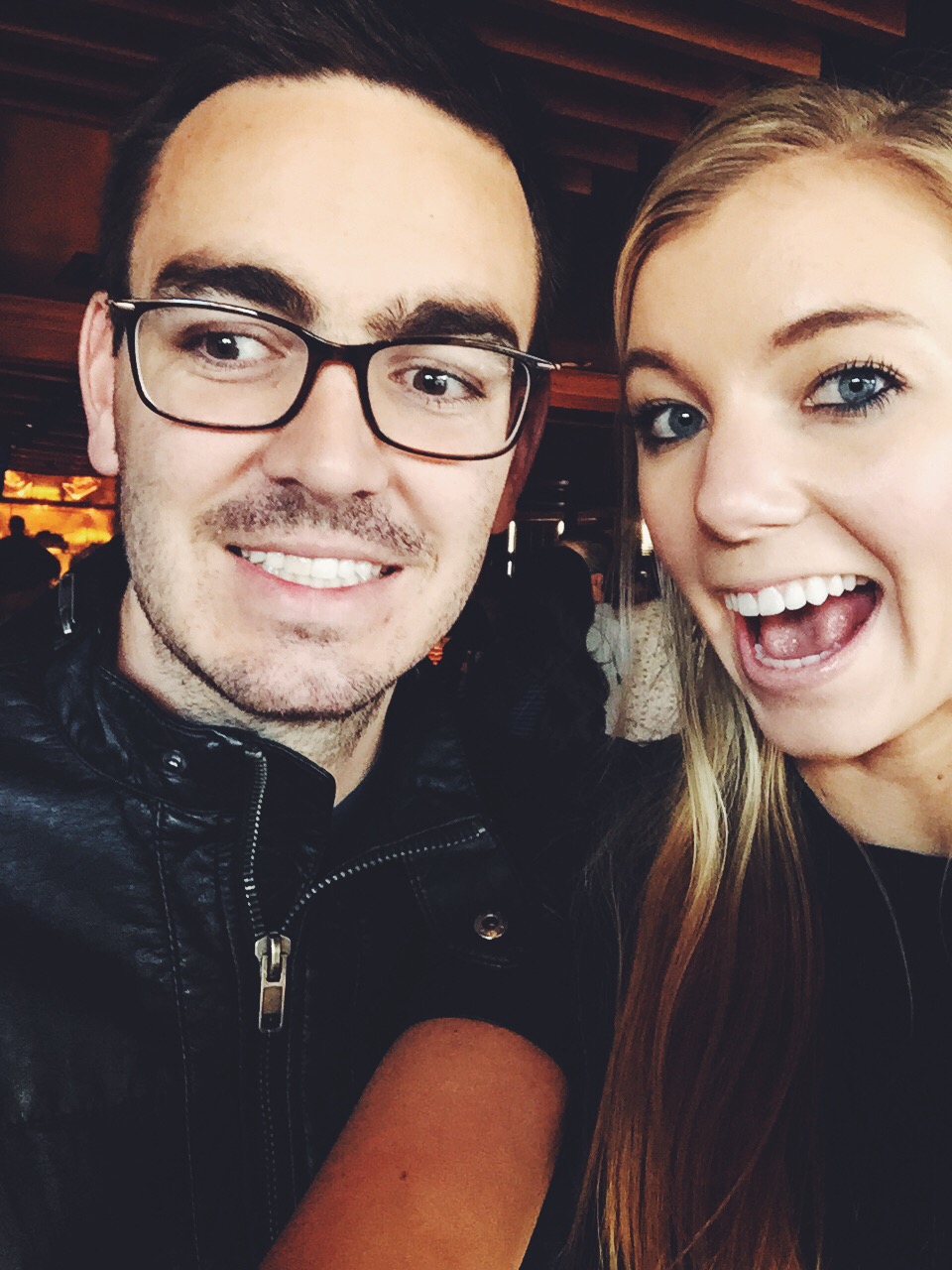 b prefers very mellow weekends so that is what i was hoping to give him. i promised him i would not throw a party for him this year even though it took me all my will power not to.
the mellowness continued with german pancakes on sunday morning, church and a hike at gray whale cove (located between pacifica and half moon bay).
i strongly recommend this hike! it is about 2 miles round trip (quick) but every step of the way gets prettier and prettier. we were lucky to go on a clear day so the views were unreal. 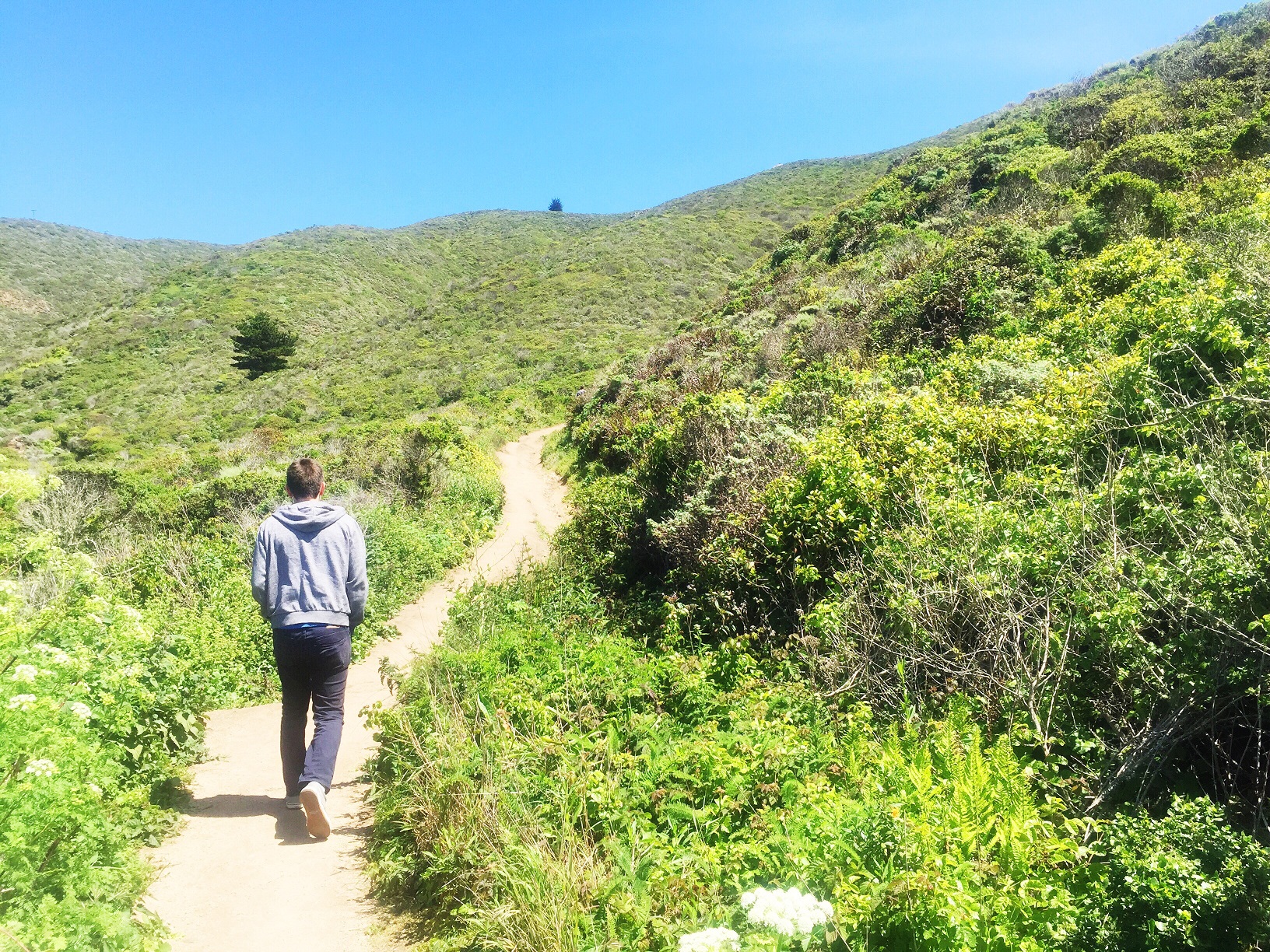 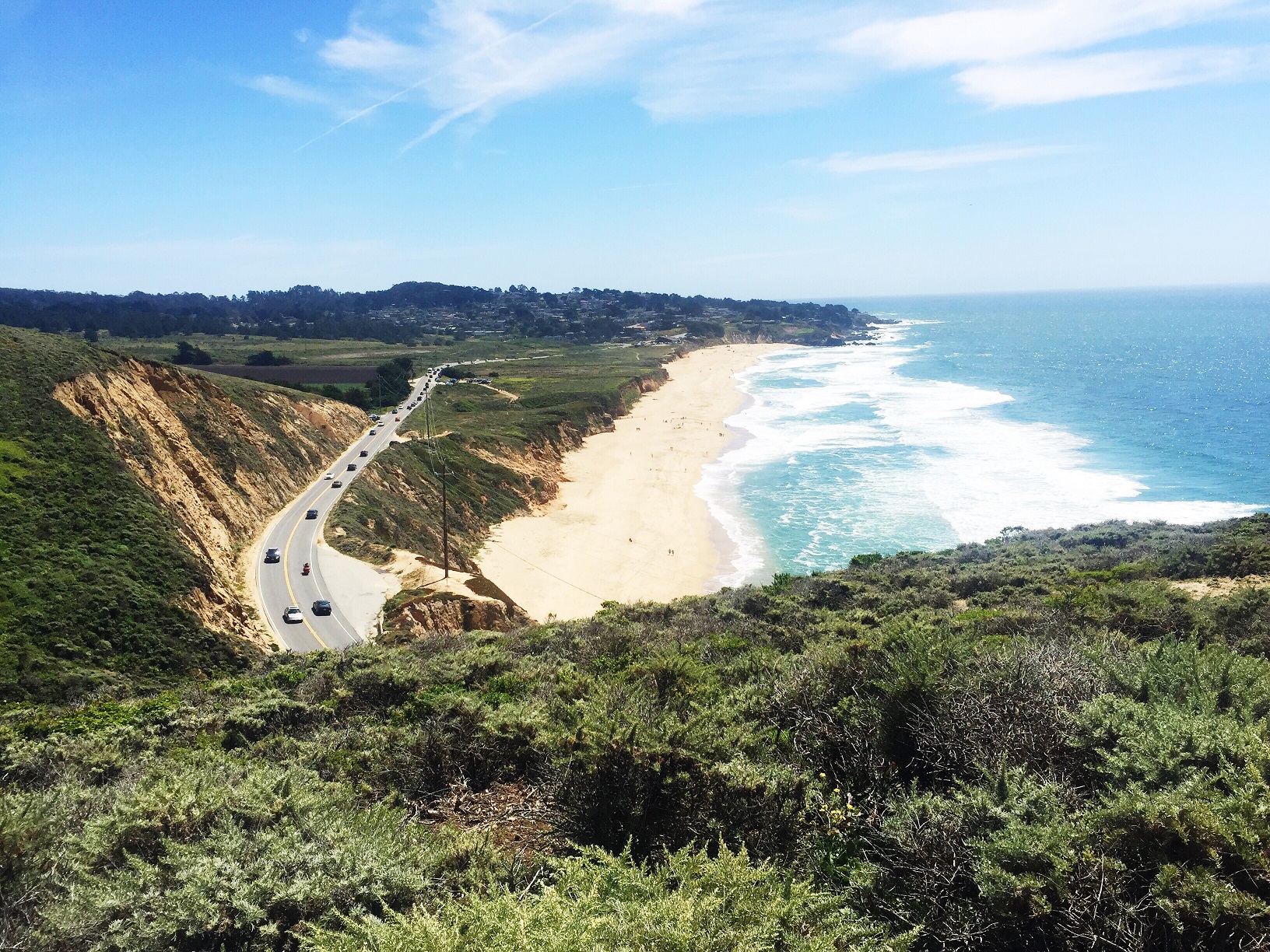 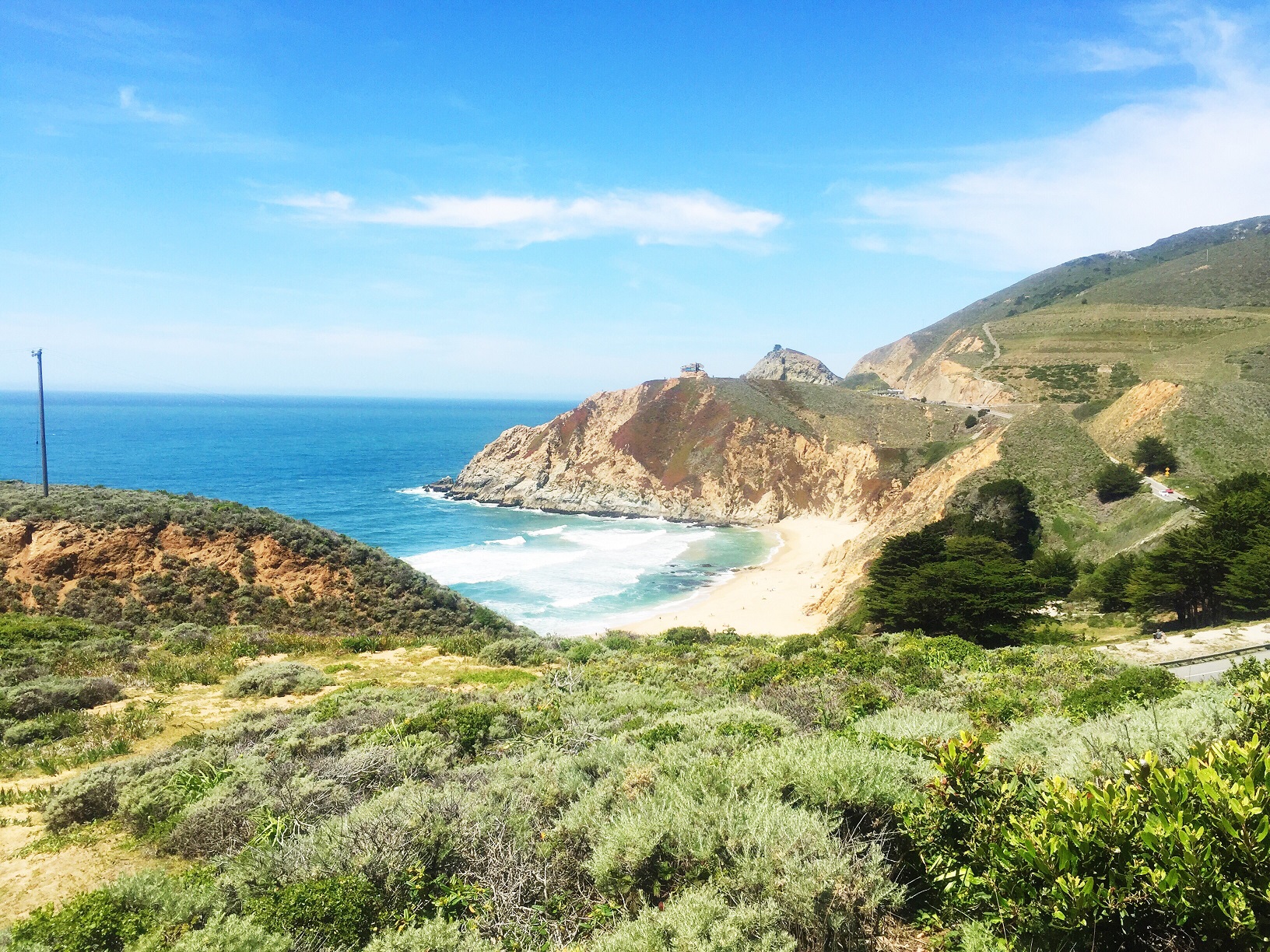 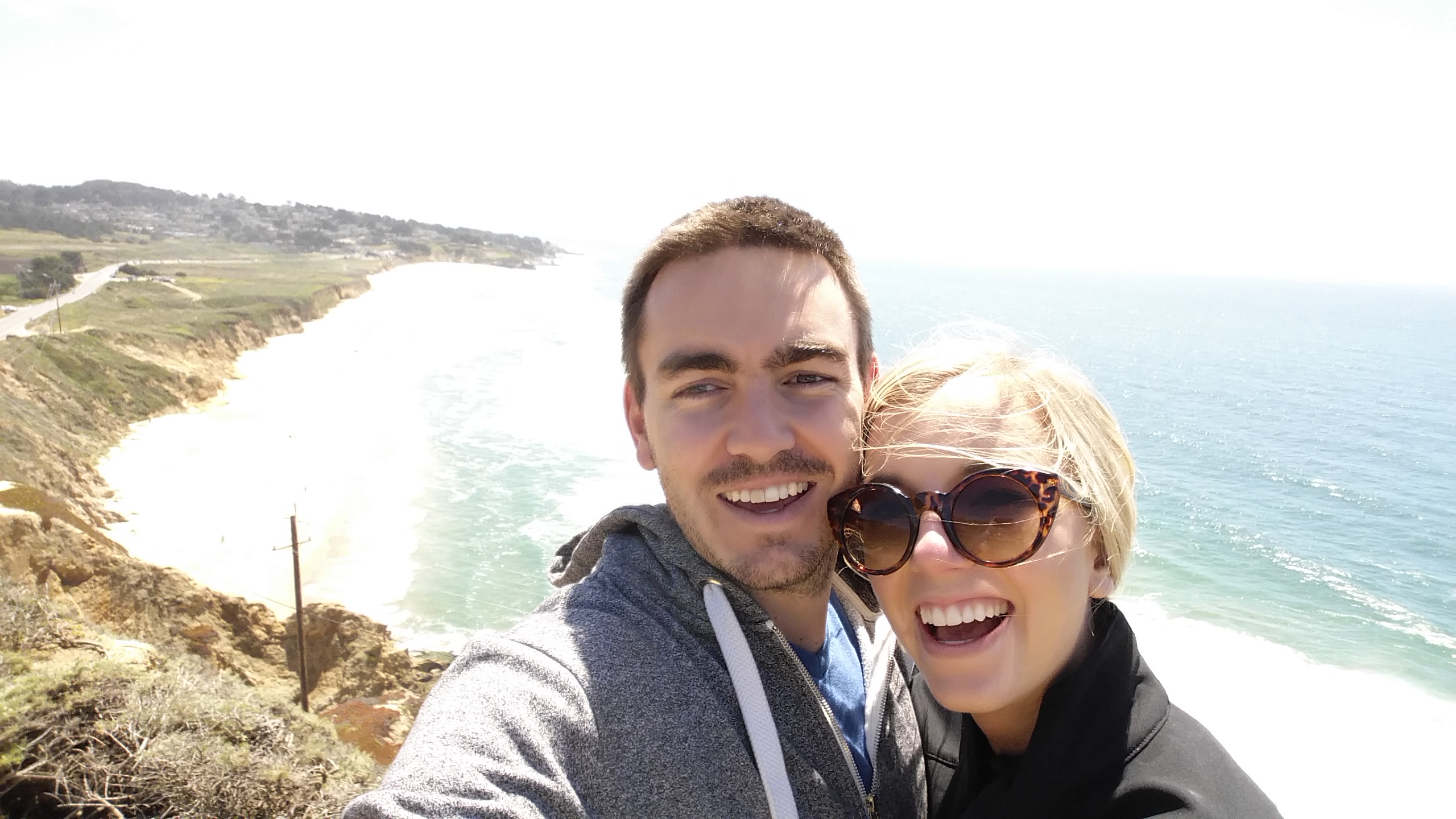 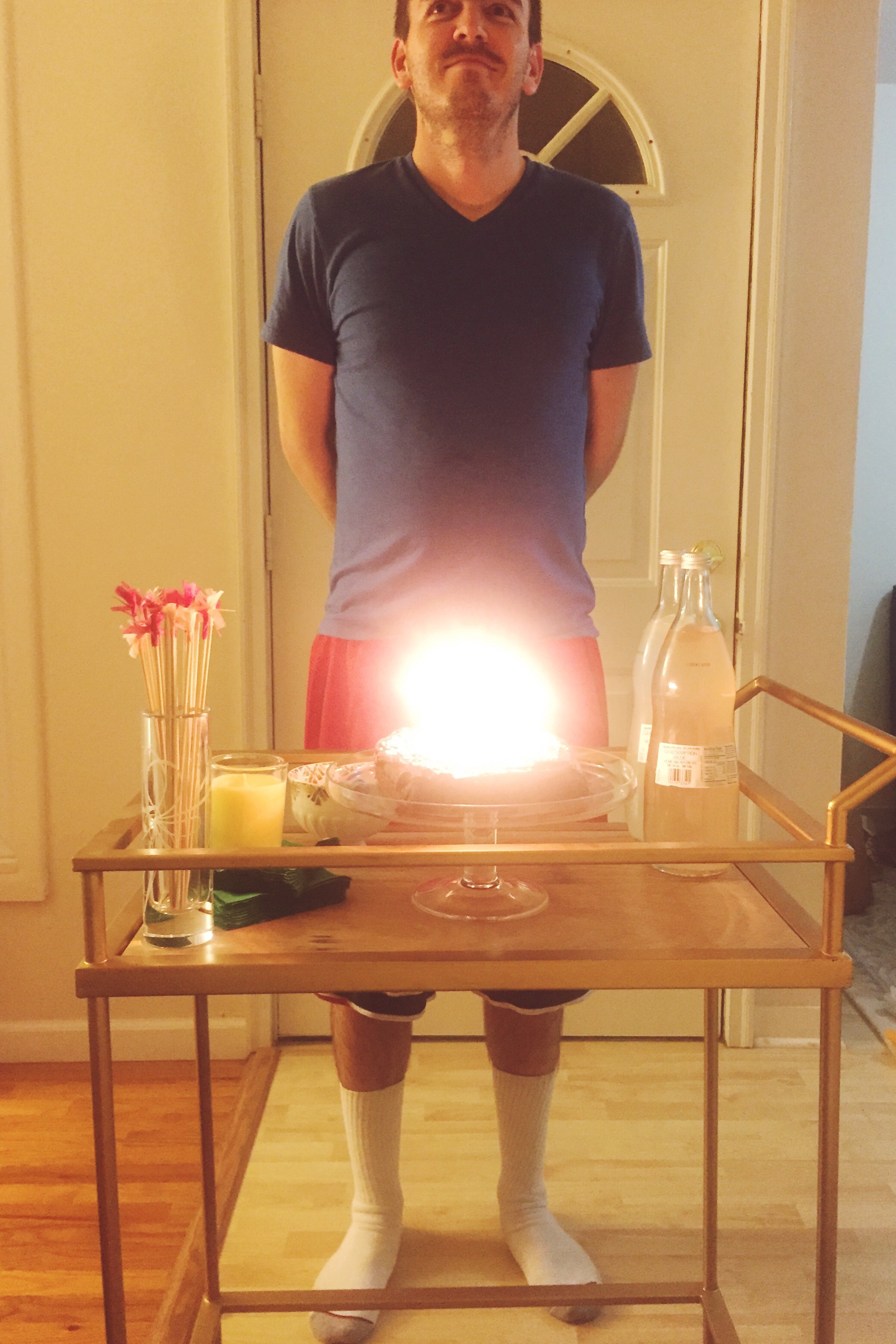 b was making fun of me the other day for never really wheeling / using our bar car to serve him so i decided to bring the cake to him and make him eat his words.