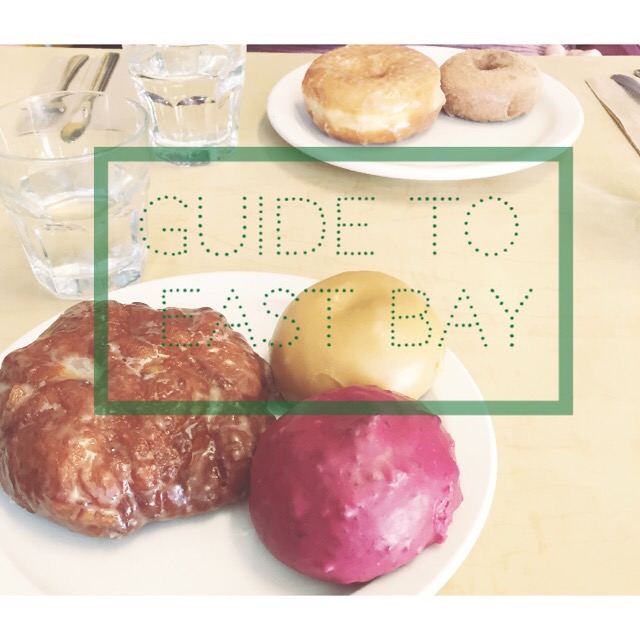 i love a good donut. i love apple fritters, sprinkles, old fashioned and glaze oh my. i love soft dough and  extra sweet frosting. i will never turn down a chance to try a donut so when b and i decided to head up to oakland on saturday i knew i had to try the famous pepple’s donut farm.
pepple’s is located in emeryville which is just above oakland and fairly close to the bay bridge. a big draw to pepple’s is their donuts are vegan along with their entire brunch + lunch menu.
b was of course skeptical by this but is always a good sport and agreed to try since i had been wanting to check out pepple’s donut farm for some time now.

we walked into a run down / hipster looking cafe. it wasn’t too busy so we grabbed a table and decided to savor the moment. b and i decided to try blueberry, apple fritter and salted carmel. can i just say all three were above average donuts? like a good couple notches above average? of the three, the apple fritter was actually my favorite. i had never had dough that tasted that moist and delicious. do note their donuts on the cart (which included glaze, apple fritters, bear claws, etc.) are only sold on the weekend so i suggest stopping by pepple’s then so you can try it all.

we went with some friends and one of our friends got a cinnamon sugar donut. he said it tasted just like cinnamon toast crunch. yummmm. our other friend is gluten free so opted for the granola with hemp milk. guys it was my first time trying hemp milk and i completely loved it. i think i am going to sub it in for almond milk if i can find it as easily. it had a great taste. i also hear it is very good for your skin + hair. 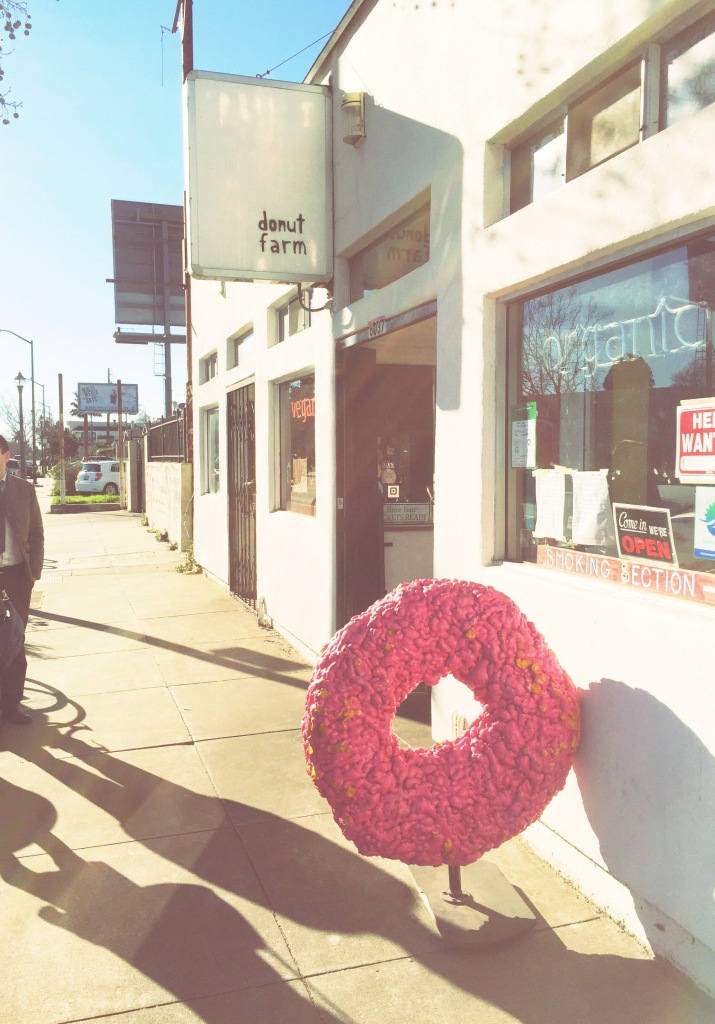 overall it was a great donut filled saturday morning with good friends. oh and one more tip, the donut prices will go up in march because minnimum wage is being raised so  check out pepple’s donut farm before then! it is already a little pricier than your average donut shop (we are talking about $2/donut) so act fast and try it out.

planning a getaway to the east bay? check out my other top eateries and things to do in the area here!